It’s officially summertime, and that means time for a family vacation!

This year, we did a vacation with my family and headed south to Myrtle Beach, SC. Read below for details on our fun family vacation with some must-do’s while you’re there!

This trip marked our second time taking Will on a plane, and his very first time at the beach. I was both very excited & absolutely terrified of traveling with a toddler! You just never know what to expect and you never want to be ‘that’ family that has the screaming kid on the plane. We don’t allow him to have electronics, so our only form of entertainment was a few toys, books, a pacifier, and the lovely people at the airport.

Our flight was scheduled to takeoff from KC at 8am, a short layover in Nashville, and land in Charleston, SC at 11:30. Then a quick drive up the coast would put us beachside in North Myrtle Beach by that afternoon. As always though, plans are never guaranteed, and our first flight got delayed due to mechanical issues. This delay caused us to miss our connecting flight, and of course there were no others for that day that would get us to Charleston. So, a good 45 minutes at the customer service desk ended with us completely overhauling our flight plan. Now we were to fly into Raleigh, NC and drive 5 hours to North Myrtle Beach. Instead of being beachside that afternoon, we were going to be lucky to make it there by midnight.

When traveling with adults, the delays & change in plans is unfortunate, but it’s really not a big deal. Traveling with a toddler, however, is a totally different story. He had already been woken up much earlier than he’s used to, and going through the processes of the airport shuttle and security check-in was very overstimulating. By the time we go our new flight plan situated, Will had had enough. We tried to find a quiet booth in a restaurant area where we could feed him his second breakfast and hopefully have him nap, but he was having none of it. After a good hour of fussing and trying to run away, he finally crashed out. Unfortunately, after only a half-hour nap it was time to get him up & board our plane.

I think I was as exhausted as he was at this point!

Once we were on the flight, it just took a little bit of coaxing to get him to fall asleep again. I was so thankful that he slept the entire flight because 1) Lord knows he needed it, and 2) we weren’t “that” family on the plane! We had a layover in Atlanta, so we kept him entertained by letting him roll his carry-on bag around the waiting area at our gate. Lots of people stopped to say hello to him, which he loved since he’s such a little ham. Once on our second flight, he never actually fell asleep but dozed, so we were lucky to have a nice quiet flight!

We finally landed in Raleigh around 6pm. After getting our rental car, we stopped for a quick dinner then hit the road for our 5 hour drive to the coast. Will was exhausted and fell asleep pretty quickly, so Nick & I were able to have a nice quiet ride. We made it into North Myrtle Beach around 11pm. My family got in the day before we did, so had already checked into our condo at Crescent Sands. They helped us unload and we went straight to bed!

After the unexpectedly long & stressful travel day, we decided to do nothing but relax on the beach all day. Because we knew we would have to do a lot of back & forth with Will, we got a condo right on the beach so we could easily pop in and out as needed. Our spot at Crescent Sands was perfect, and getting a 3rd floor condo meant we could take the stairs or elevator which was really nice when we forgot something and had to run back inside.

This is Will’s first time visiting the ocean, so we were really excited to see what he would think about it. Right after breakfast, we got him all suited up and headed out to the beach. Luckily, we had my family there to help us with all of his stuff, and they were also there to witness & capture the moment his little feet hit the sand and the ocean for the first time.

The look on his face was priceless! He absolutely loved it. We were unsure if he’d be scared or not, but he kept saying “more, more” and walking out as far as he could before the waves knocked him over.

Packing for a toddler at the beach involves a lot more than what you would pack for yourself. We didn’t want to over-pack though, so see the below list of everything we had in our beach bag for Will:

He looked like a little old man, but he never got sunburned!

After Will went to bed, my parents stayed with him at the Condo while Nick, my sisters & I drove down to Myrtle Beach to see the Sky Wheel and the main street area. If you're at Myrtle Beach to party (we were not), this is the place to be. Lots of clubs, arcades, street food, and rides to entertain all ages.

Charleston is one of my favorite cities I have ever been to, so since we were only 2.5 hours away we had to make a day trip there. My family had never been, so it was fun playing tour guide & showing them all the cool places Nick & I had been to a few years before. Be sure to bring your walking shoes! The historic district of Charleston is centrally located, and many of the historical landmarks are free entry. Plan to park your car and walk so you can get up close to all the amazing buildings!

See below for a list of must-see’s if you visit Charleston:

While you’re wandering the market, be sure to stop at Byrd’s Famous Cookies for some free samples (which of course leads to a whole box full of cookies)!

The original long double-pew in the center of the church (#43) was originally known as “The Governor’s Pew,” and is the one that President George Washington worshipped in on Sunday, May 8, 1791. General Robert E. Lee also worshipped in the pew roughly seventy years later.

Boone Hall Plantation: Located just outside of Charleston, Boone Hall Plantation is a must-see! It’s one of America's oldest working plantations, settled in 1681. For only $24, you get to tour the large plantation house, 9 original slave cabins, beautiful gardens, and the historic Avenue of Oaks, planted in 1743, that lines the drive all the way up to the house. Nick & I have been here twice & would gladly go back again!

Scroll through the gallery below to see some of my favorite moments at Boone Hall! 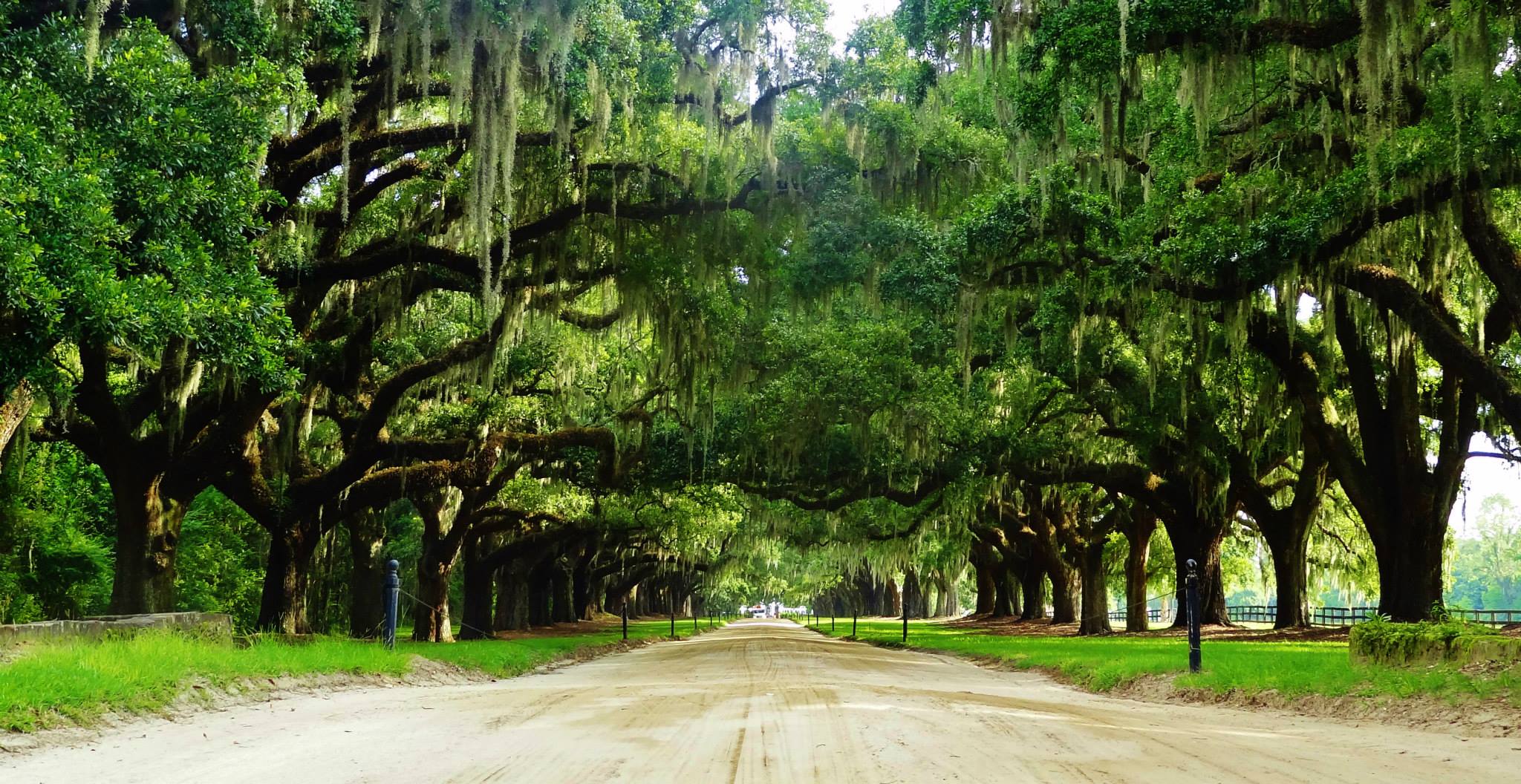 Nick & I got to have a little date day while my family watched Will for us. We decided to go kayaking in the salt marshes for a nice easy trip, and used Kokopelli Surf Camp for our rentals. They were great! We decided to do it last minute, but they accommodated us with no issues. Would definitely use them again, but next time would go on a tour!

After our kayaking trip, some rain moved in so beach time was a no-go. Not far down the street The Track, which is an arcade with a go-kart track and other outdoor rides. There was a small break in the rain so we did the go-carts and took Will on a merry-go-round, then headed inside to play some games. Will had a blast running around the arcade looking at all the lights. We will definitely be taking him again at home just to let him burn off some energy!

Since this was our last full day, we got in some final beach time. It was so fun to see how much Will loved the ocean. He had zero fear (which is honestly a little scary haha) and wanted to go out deeper & deeper every time we carried him out into the waves.

After a fun day on the beach, my family graciously took Will to dinner with them so Nick & I could have a date night. We both wanted seafood, so we went to this really cute restaurant by a little pond called Chesapeake House. If you’re in Myrtle Beach, this place is a must! The She Crab Soup was to die for! We also had a very unexpected dinner guest swim by which was quite entertaining. After dinner, we went on one final beach walk before packing up to leave the next day.

Leaving the beach is never fun, and we were definitely bummed to pack up & go. We had one final breakfast out on the balcony before loading up the car and driving 5 hours back to the Raleigh airport. We had to be out of our condo at 10a and our flight wasn’t until 6p, so we stopped for a long lunch on the drive back. Once we arrived in Raleigh, we still had about an hour to kill. It was pretty warm outside, so we went to the Raleigh Art Museum which was near the airport. It’s a small museum compared to the Nelson Atkins here in KC, but it was really well laid out and had some great pieces in it. Definitely worth a stop if you’re looking for something to do!

Luckily our flight home was direct, so once we got settled in it was smooth & quick. Will was a little restless, but luckily kept pretty quiet. He made friends with the passengers around us, and had a huge giggle fit when we had a rough landing in KC.

Although vacation is over, the memories that were made will last forever. I’m still laughing about how excited Will got when it was time to go down to the beach. I can’t wait until our next family vacation! Maybe we’ll head to the mountains next?